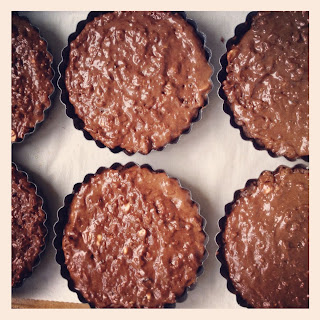 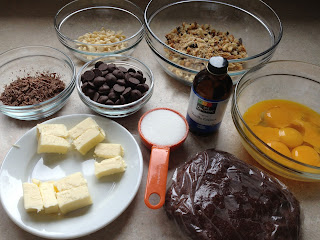 Plus, who can resist any recipe that calls for mini tart molds? 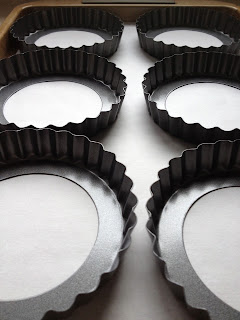 I made the chocolate dough weeks earlier and froze it. As I used my food processor, it was super easy. The night before I planned on making the tartlets, I defrosted it in the fridge and then left it out on my kitchen counter for a couple hours. The dough was surprisingly moist still, and I really had no issues with it crumbling and having to put it back together. 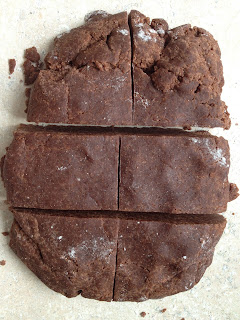 After separating the dough into six pieces, I then rolled each piece into a ball and tampered it down with my rolling pin. 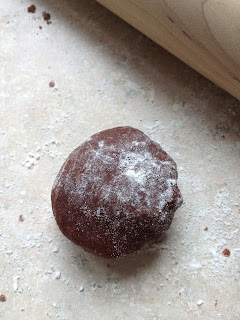 Had I been stressed or in need of some energy exertion, this would have been the perfect activity to relieve some of that! 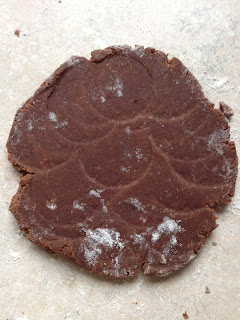 I then pressed each flattened circle into the six tart molds. Either because my tart molds were too large, or because I didn't flatten the dough enough, my dough did not reach the top of the mold sides, so they weren't as pretty as they could have been. (I seem to have this problem a lot when making tarts.) These were baked for about 13-14 minutes. 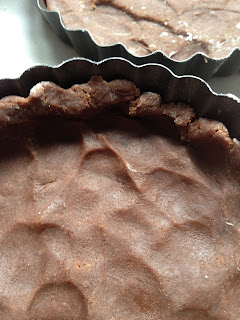 I then began making the filling. This was the fun part! I melted bittersweet chocolate (I used chips as I had them already in my pantry) with unsalted butter in my pseudo double boiler. 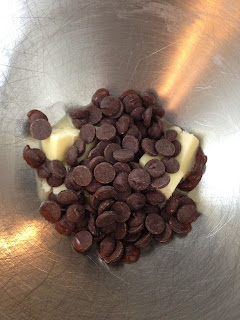 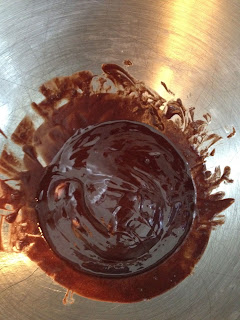 I then pulled out Old Faithful, Red (who again was put through the test the day prior as I made French bread), and whisked egg yolks and sugar until I had a thick, ribbony mixture. 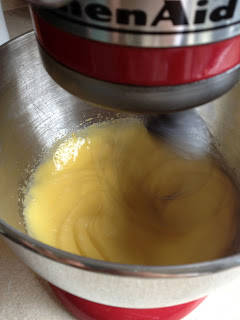 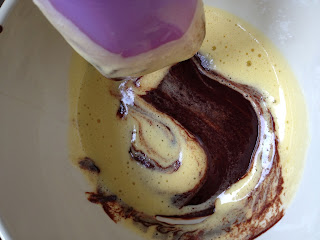 And then I added white chocolate (again, chips), chopped milk chocolate, and chopped biscotti. (Which, shamefully, were store-bought. Nap times are only so long these days.) 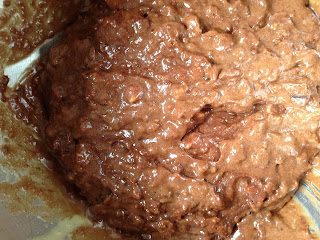 I have to admit, I almost threw out all my preconceived notions in regard to chocolate desserts at this point as the mixture looked absolutely divine. Using a muffin scoop, it was then divvied out to each of the six tarts, and smoothed with an offset spatula.

I ended up baking the tartlets for 16-17 minutes, a few minutes longer than the recipe called for, as the tops never appeared to look too dry to me. Even when I pulled them out, they still looked a bit wet, but I'm not one to complain if a filling is a bit gooey. 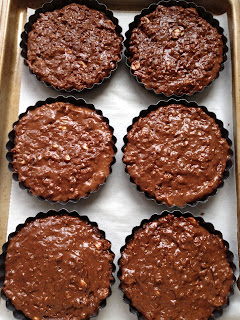 I sprinkled some edible silver stars on one tartlet for the birthday girl. 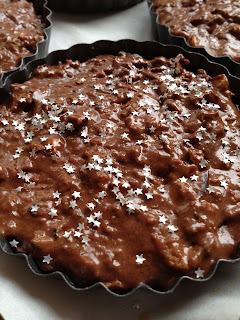 Oh, oops! How did this picture of my own little tartlet sneak in here? 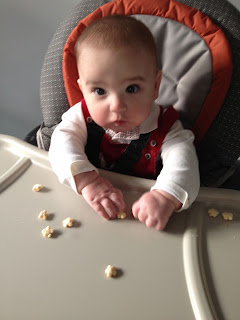 The tartlets puffed up a smidge upon being taken out of the oven. They did look delicious, but see what I mean? They're definitely still a bit wet looking on top. 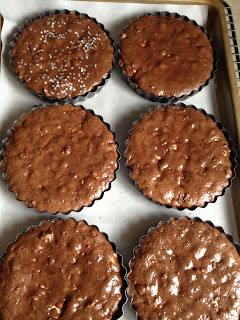 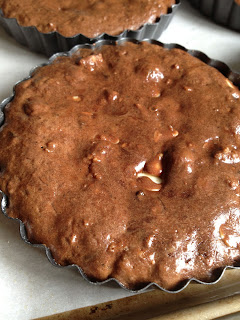 In the end, I enjoyed a few bits of the middle portion of the tartlets, but I didn't love them. We made the mistake of not serving them alongside a scoop of vanilla ice cream, and perhaps that could have made all the difference. I'm curious to hear what true chocolate lovers have to say about these.
As for me, I'll continue to end my meals with a non-chocolatey dessert, cheese course, or an extra glass of wine....
Posted by Jen at 6:28 PM

Email ThisBlogThis!Share to TwitterShare to FacebookShare to Pinterest
Labels: TWD

Jen
Toddler mom with another on the way. Runner, triathlete-wannabe, foodie, and lover of New England and home decor.